12/28/17 – So, as scheduled, Jacob Savoie and Family met Tony and I at the Macomb County Animal Control Shelter. Unfortunately, Chief Randazzo, who was to meet us and conduct the tour, was called out on an emergency rescue. Thankfully, Ryan stepped up to do the tour. As you can see, we presented Jacob, who raised $1,705 and hundreds of pounds of food which was donated to the Shelter and to 4 Paws 1 Heart for distribution to our rescue partners, with a certificate recognizing him as the 4 Paws 1 Heart “Rescuer of the Year”. Everyone toured the shelter, the young ladies, Brook, Emma, and Aly (Jacob is allergic) spent time playing with some kitties and then — Chief Randazzo returned before we left. There he was with the duck rescued from the freezing waters in Harrison Twp. This very traumatized duck had a fishing line around his legs and he was trapped in the ice. Between the County and Chesterfield Twp, this sweet animal was saved.

A huge thank you to Jacob and his wonderful family who collected so many cans/bottles, blankets, food, and toys. It’s not easy to turn in so many cans/bottles let alone collect them. I also want to thank the City and Township of Armada and the residents who came together to make a difference in the lives of so many animals. This was truly an effort of a family and their community and it could not have been a better Christmas Story (especially with the rescue duck). What we all learned in touring the shelter was to make sure you microchip your pets, a tag or license is not enough. Also, when you adopt an animal, understand that it is a commitment for life. So many of these animals were surrendered or found in horrible conditions. Municipal shelters are not equipped or funded to take on all of the animals ills of the world. They can’t clean up after us and we must all work together to be the caretakers for those sweet souls who God put on this earth. ~ diana 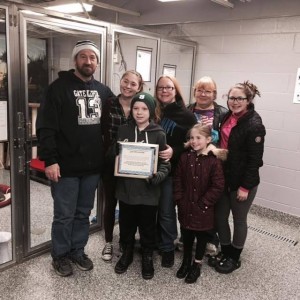 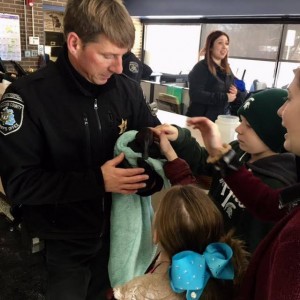 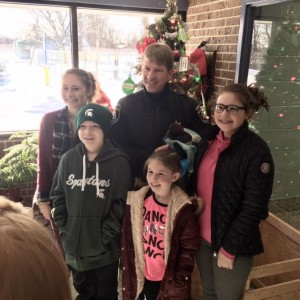 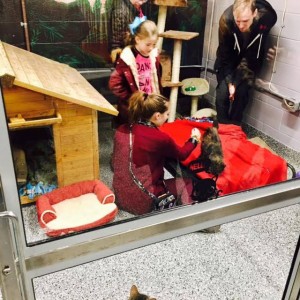