9/23/15 – A heart warming story to start this beautiful day. We were happy to help out this caring firefighter and appreciate the relationships we have with our veterinarians because it was the vet who called us to tell us about Scott’s effort. Here is his mom’s report to us:

“My son Scott, is a Detroit firefighter and is also part of a team of firefighters that do search and rescue. While doing a search and rescue in Indiana he came across four baby kittens in a garbage can. The building that the kittens were in was about to be tore down, which meant the kittens would die, the mother cat was no where to be found. So rather then leaving them to die Scott decided to bring them home with him. A friend of the family, who works for a Vet came over to evaluate the kittens. She felt they were about two weeks old and determined that three of them were male and one was female. She told Scott that he would need to keep the kittens together for at least 6-8 weeks before finding homes for them and separating them. She showed Scott how to help them go to the bathroom, bathe them and feed them. Scott decided that if he brought them home he needed to see them through until they were old enough to be placed in homes. Scott is a single 30 year old that has never had a cat or been around cats, he also has a 90 lb dog that thinks he is the king of the house! Scott and his dog, Jack, took amazing care of these little ones. There were nights that Jack would not leave the kittens side. Scott would weigh them every day to make sure they were not losing any weight but were gaining weight and growing. After 8 weeks and a lot of work all of the kittens had reached the weight that they needed to be to be separated and placed in homes. It was not hard to find homes for these little ones. A friend of Scotts wanted to take the female cat and a good friend of our family wanted to take two of the male cats. Scott wanted to keep at least one of them but I truly think that he would have kept all of them if he could have. The one that Scott kept is named Sarg, he has grown a lot in the last couple months and is doing great!! The two that were kept together are named Oscar and Zlatan they are also doing great!!! I do not know the name of the female kitten but I do know that she is doing great also.

Thank you so much for helping Scott out with Sarg. Scott is an extremely proud person, he is not good at asking for help. So I asked for him lol
Thank you
Cheryl ” 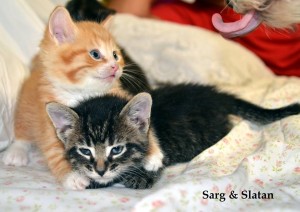 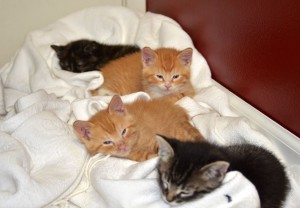 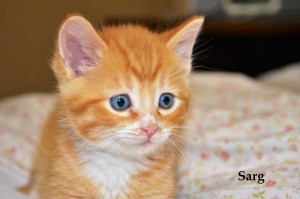 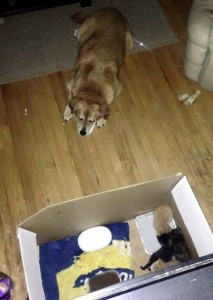