1/10/17 – It was one month ago when we were having our almost sub-zero weather when a friend we’ve helped before contacted us about this beauty he had just come across. Her eye appeared to be infected and her belly was quite large – we didn’t know if it was worms or babies. She has since been to the vet a few times. She has tested negative for fiv/felv, after being treated with eye drops, her eyes appear to be healthy, and she has just received her last round of vaccines and has been neutered. She was also checked for a urinary tract infection. We are beyond thrilled that this beautiful girl, Maize, was rescued from the streets and will not have to fend for herself ever again. ~ diana 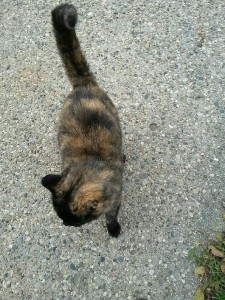 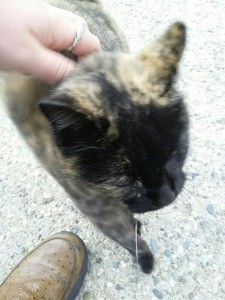