2/21/17 – RIP Sweet Noki. We were contacted by our friend at Friends of Scooby about this very sweet Boxer whose family had already paid over $1,000 in trying to help their baby. Noki was in the hospital for 4 days and treated for Pancreatitis. He wasn’t even out the hospital door before he started vomiting again — but still he was released. The family could not afford to pay for any further medical nor could they pay for the food prescribed, so, for his good, they made the ultimate sacrifice and surrendered their special family member to the rescue. Unfortunately, Noki did not improve and we were contacted for help. We authorized Noki to go to a veterinary hospital where he was kept for 3 days. Finally, it was determined that Noki probably had cancer and was referred to Michigan State University for more poking and prodding. Due to his very poor prognosis and obvious suffering, it was decided by all parties who loved him, to relieve his suffering and let him cross the Rainbow Bridge. I wish that we could have saved Noki but God had other plans. All of our hearts are broken. ~ diana 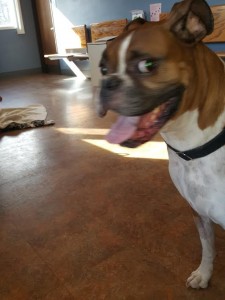 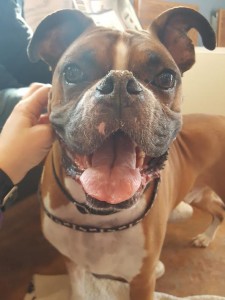