12/3/17 – Happy Update: It was in 2013 that Sabrina Gianino was found murdered by her neighbor. As an employee of a local veterinarian, she was a strong animal advocate and had several cats who she had rescued over the years. Her friend, Natalie, took in the cats and contacted 4 Paws 1 Heart for help. Since that time Natalie and I have remained in contact. We have been on WDIV to tell Sabrina’s story and to promote adoption of her cats. Most of the cats were eventually adopted but Maybee was one of those who just couldn’t seem to get a break. Last week we learned that our sweetie, Maybee, was adopted by a wonderful family. We are wishing this sweetheart who was one of the witnesses to this horrific murder, a safe and loving life. ~ diana 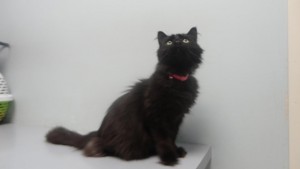 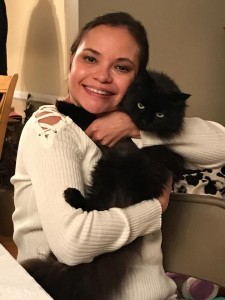