Update: just found out Riot is a girl.
7/19/18 – Dear Friends, It’s been one stressful day for not only me, but our rescuers, and our poor little boy, Riot. We need your prayers and anything you can afford to donate. In fact, a supporter has offered to MATCH up to $1,000 in donations between now and next week, Friday, July 27, 2018 to help us with the two parvovirus dogs we took on over the past week. Please help by donating at: http://4paws1heart.com/

RIOT Update: After 24 hours in emergency, Riot was moved to a day practice in hopes of getting him appropriate medical treatment at less of a cost. As you know, it’s imperative that we not only think about the animal but we have to watch our expenses. Unfortunately, it was not too long when I realized that I made a mistake and should have kept this sweet boy at the emergency. So, off he went again to the Emergency hospital. Riot’s white cell levels have been consistently dropping but we still have hope. Little did I know that puppies have less of a chance of beating parvo because they are already starting out with a very limited immune system. He is now having a feeding tube installed while getting fluids and other drugs. Please say a prayer, send some positive energy, and, if you can donate what you can by using the donate link on the left side of this page. Thank YOU, diana 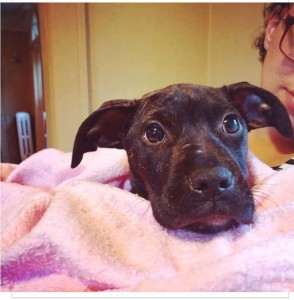 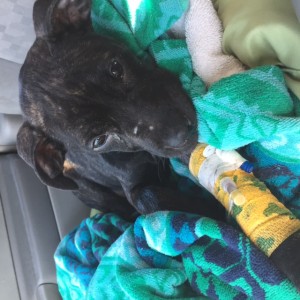