12/10/18 – This handsome guy was rescued with a severe wound on his paw. When the rescuer returned home from work, she found this big, sweet cat in the wooded area behind her house. He was very friendly but also not neutered. The rescuer was able to get help with a foundation and Moose was taken to a vet. The wound, though, was so bad that Moose had to be sedated for them to clean it out and he required an over-night stay. While sedated, Moose was also neutered. The Foundation learned they did not have enough money to pay Moose’s bill and we were asked to help — which we did., Moose was sent home with his rescuer to recover. Moose is doing well although he did test positive for FIV which should not be a death sentence. Moose has a couple of potential adopters but if anyone is interested in this very sweet, mellow boy, please contact Angela at: angelajohnson@michiganbread.com ~ diana
4paws1heart.org/donations/

“Update on Moose! He is doing so much better after the vet visit! He is healing and getting lots of love. He had his wounds cleaned, vaccinations and was neutered. ❤️
And the best part is his bill is now PAID !!! Thanks to 4 Paws 1 Heart for picking up his balance after we paid what we raised for him( TASKK)!
What a blsessing! ❤️❤️
Thanks to all who donated! 😘- Melissa” 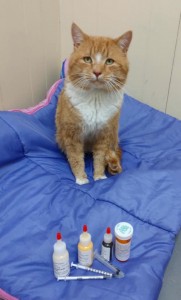 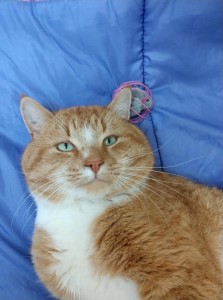