2/25/19 – Meet Charlee. While I was on vacation I received the following message from Craig who we have helped in the past:
“I saved a dog who was locked in a room, not fed for a month, and 2 weeks ago, his owner shook a newborn to near death. They beat this dog and put a cigarette out on his foot. His owner surrendered him to me. I bought him a huge cage and we took him to a dog wash as he was covered in urine and had bad frost bite on his testicles. His feet had spots on them. Since then I have taken him to all about animals for a rabies shot and deworming. We have him eating small meals to bring him back. He’s getting better day by day. He seems super friendly and enjoys everything . It took me about 45 minutes to gain his trust; he was scared and unsure. But we could use some help in his vaccines and neutering. If you can help us we have also been feeding a group of dogs and are planning to catch the dogs. They are real skittish and I can see the one dog is a mother and it’s been living in a burned- out house in Detroit. We also team up with people in groups that need help catching dogs.”

Charlee will be going to the vet tomorrow and if anything further is needed because of his prior abuse to his body, we will be there for him. Thanks to the kindness of Sam’s Club and their employees, we were also able to drop off some food, treats, and a huge dog bed to Craig over the weekend. We have told Craig that is he needs further help, we will be there as long as we have the funds. Anyone interested in adopting his rescues, should contact Craig at: craiglester26@gmail.com . – diana
4paws1heart.org/donations/ 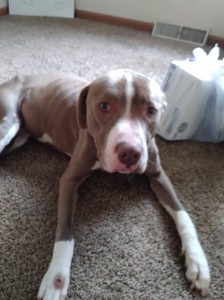 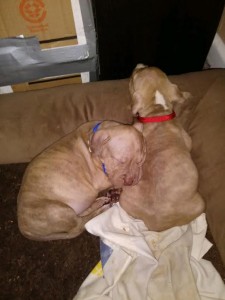