6/19/19 – Ginger was found amongst several vacant buildings. After being seen hit by a truck, she was rescued by some very kind people who asked people in the area if anyone was aware of her owner but no one knew anything. The rescuers immediately took her to a vet. The vet determined that Ginger had a break in her leg. The rescuers paid for pain medication and antibiotics and contacted us for help. Ginger had surgery where a pin was put in her leg to repair it. She is doing great and will be seeing the doctor again next week. Again, we are so thankful that we could help Ginger because the rescuers could not afford the expense but now they have a loving addition to their family. – Diana
#Ginger 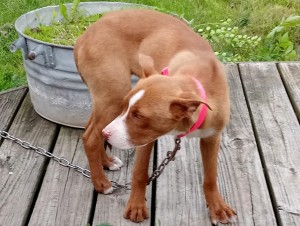 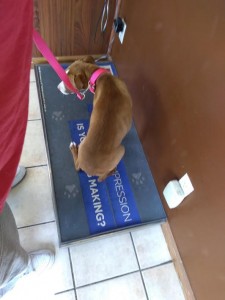