12/30/19 – In two days we will be entering a whole new decade and there is still time to make a end of the year donation which will be used to save the abandoned, stray, and abused like Buster.
On December 20, 2019 I received a frantic phone call from a kind man who had rescued a cat who had showed up at his door. The cat could hardly see out of his eyes. The man took Buster to have him neutered, vaccinated, and to see what was wrong with his eyes. It turned out the Buster had entropion in both eyes. Entropion refers to inversion of an eyelid margin resulting in hair (eyelashes) rubbing against the cornea. It will result in blindness and is very painful. The poor rescuer was beside himself because as a cat dad he knew he had to help poor Buster but didn’t have the money. When I told him we would pay for the surgery, he literally cried. Buster had his surgery last week Monday and the Riverside Animal Hospital was absolutely wonderful. They took photos for me and called after his surgery was complete. He is doing good and because of YOU we can give these animals who are suffering on the street a second chance at life. ~ diana
4paws1heart.org/donations/
P.O. Box 84, St. Clair Shores, MI 48082 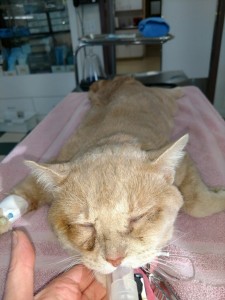 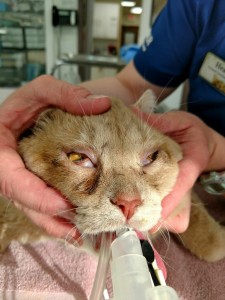 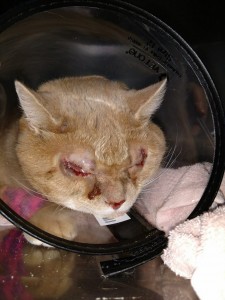 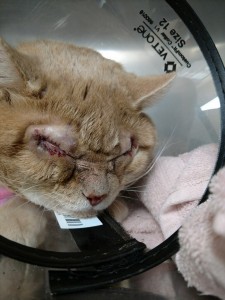 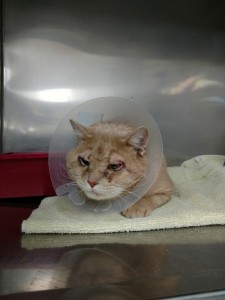 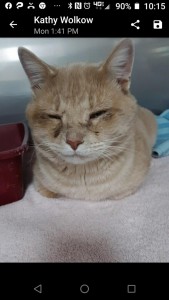 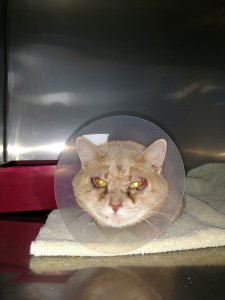