12/8/19 – Without our supporters and rescuers, many animals would have died on the cold streets or been born on the streets to fend for themselves — only to be hit by cars, freeze in the severe winter weather, or to be tortured by cruel humans.

Mister is an older boy who was being cared for in a cat community. His caretaker has 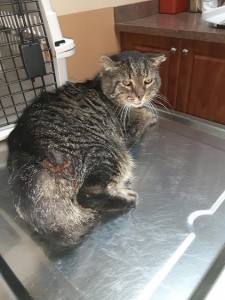 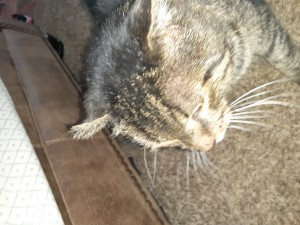 Mister quickly saw a vet and poor Mister had two holes on each side of his anus. The doctor drained the abscesses and provided medication. The rescuer had to drain his wounds twice a day. Mister had a follow up visit with the doctor and he is doing great and no longer needs the abscesses drained. Mister has been living comfortably in the bedroom of the rescuer and she will make sure he has a forever home ~ diana
4paws1heart.org/donations/
P.O. Box 84, St. Clair Shores, MI 48080