2/27/21 – Sadie was rescued during a snow storm. The finder says there were other siblings (although they were never found) and she thought that the mother was attacked by a dog, although now it appears a coyote may have killed her because a coyote had been hanging around the property. Our friend, Karen, and independent rescuer contacted us for help and we took care of Sadie’s spay, vaccines, and testing. – diana 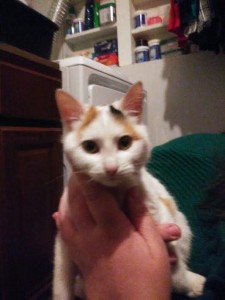 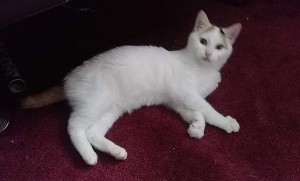