11/29/22 – We are overjoyed and so very grateful to our many supporters for their votes and for First State Bank’s commitment to our community, especially our animal community. Over the years, I personally have built a good relationship with the many employees of First State Bank and it is truly a community bank which cares about their neighborhoods and their customers. The $5,000 prize will be used for two dogs who have recently come to our attention needing heart worm treatment, a puppy who will need surgery for a cleft palate, and the spaying/neutering of the many kittens still being born on our streets. – Thank you, Diana and the 4 Paws 1 Heart Board of Directors

Exciting News!!! If the suspense is just too much… skip to the 0:47 second mark.

It’s our favorite day of the year – GivingTuesday. The day many of you have been waiting for. We will be awarding a total of $30,000 in First State Banksgiving gifts – and we’re pleased to reveal which organizations were selected by YOU! Check out the video to learn which local charities will receive $5,000-$10,000. Help us lift their missions and spread awareness. Make sure to comment and share, so these worthy organizations get the recognition they deserve!

11/29/22 – We are asking for your prayers for two of Nova’s babies. You might remember that Nova was rescued as she was chained behind a vacant house. She tested positive for heart worm and shortly after, it became evident that she was pregnant. Over Thanksgiving she had 9 puppies over a number of hours and at the time, they all appeared to be doing well. Thankfully, an appointment had already been made for Nova to be seen at one of our favorite clinics, Orion Animal Hospital on November 28.

Yesterday, I received a call from the clinic — two of the puppies were not doing well. The rescuer was very distraught. One puppy was trying to nurse from the mom but was being turned away; the other was having a difficult time. Courtney, from the clinic, called and offered to bottle feed and tube feed the puppies if we could back their medical. One puppy was very dehydrated and appeared to have a cleft palate. The other puppy needed to be bottle fed. After some discussion, it was decided that our friend and very expert caretaker, Emily K., would be contacted to see if she could take the two in. Emily did and here is her report with the photos of Bogo and Doorbuster.

“Hi – I believe Courtney at Orion let you know today that I took the cleft puppy and the sibling. Just wanted to let you know they are tucked in to my nursery in an incubator and doing ok tonight. We’ve named them BOGO and Doorbuster since they were born on Black Friday

BOGO is the cleft baby – he’s very dehydrated and had a low blood sugar and low temp. I gave him dextrose and some fluids and he’s had his first tube feeding. He’s very underweight, I can see every rib, poor guy. 298 grams.

Doorbuster is doing better than BOGO but does not want to eat by nipple. I’m hoping it’s just an adjustment for him and not actually something wrong. He’s nice and active and not dehydrated like his brother. I tube fed him also and will keep trying with the nipple. I have a few different nipples here to offer him so will see what he likes. He is 366 grams so quite a lot larger than BOGO.-Emily”

Of course, Nova can’t be treated for the heart worm until her remaining puppies have been weaned and we’re not sure when BOGO can have her surgery, if she survives. They all need our prayers and support and that is why your donations and these two contests and our fundraisers are so very important. Melina, the rescuer, was crying and so very grateful for all of our help and, unfortunately, felt so alone and overwhelmed before she walked into that clinic. She told Courtney that she thought she was saving one dog and now there were 10!! – diana

11/28/22 – We hope to see many of our friends at our November 30 fundraiser — “Show Me the Money/Gift Cards”. Not too many people are familiar with the game but you’ll enjoy this version where gift cards will be the prizes. The game is easy to learn and fast moving and will be an introduction to the ‘real’ version which is scheduled for February, 2023. Here is the event and a list of the many gift cards available to the winners. See YOU then. If you have any questions, e mail me at: diana.4paws1heart@gmail.com

11/28/22 – Thanks, Sweetie for reminding me of Giving Tuesday. We’ve all been so focused on the contests that it slipped my mind. We also have our big fundraiser this Wednesday. I’ll be posting information on the great gift cards people can win. It should be lots of fun and we’re all hoping a lot of our friends come out!! – Auntie Di

A Second Chance For Chance

CHANCE: Hey there Team! So I’ve had a couple messages about tomorrow being Giving Tuesday and what’s going on due to the Detroit News Holiday Cheers for Charity Contest! So I put in a call to Auntie Di and of course she’s very grateful you all are thinking of 4 Paws 1 Heart, she is requesting that you hold your donations until Round 2 of the contest launches on December 2nd – December 16th and the link and instructions are posted. That $20,000.00 prize is dependent on us getting the most donations of the top 5 organizations going into Round 2! So, please set your Giving Tuesday donation aside until then and know how much we appreciate your support! Thankyou

11/27/22 – And this is why—
“Please send me somebody who really does care.
I’m so tired of running and sick with despair.
My body is aching and filled with such pain;
Everyday I hope, as I run in the rain
That someone will love me and give me a home,
A warm cosy bed, and food of my own.
My owner left me alone in the yard…
I watched them move house , and that was so hard.
So I waited a while, then went on my way
To rummage in bins and live as a stray.
But now, I’m so tired and hungry and cold;
And I’m so afraid that I will never grow old.
They’ve chased me with sticks and hit me with straps
While I run the streets just looking for scraps.
I’m not really bad, please help if you can,
For I have become just a “Victim of Man.”
I’m wormy, I’m scruffy, and I’m riddled with fleas;
And all that I want is an owner to please.
If you find one for me, I’ll try to be good.
I won’t scratch the carpet; I’ll do as I should.
I’ll love them, play with them, and try to obey.
I will be so grateful if they’ll let me stay.
I don’t think I’ll make it too long on my own,
‘Cause I’m getting weak and I’m so all alone.
Each night as I sleep in the bushes I cry,
I’m so afraid, that I’m gonna die.
I’ve got so much love and devotion to give
I should be given a new chance to Live.
My friends today, this is my prayer ,
That someone will find me, who will really care.
That you will help, get me out of the cold .
And together we can be friends as we grow old.”

11/27/22 – Once again, thank you, for helping us get into Round 2 of the Detroit News Cheer for Charity contest. Round 2 will begin December 2 so look for the launch; the contest will run through December 16. The charity with the most dollars in donations will win $20,000!!

Nova and her new babies are a great example of why your donations are so very important. If it weren’t for her rescuer, this beautiful female would have had her babies while she was chained at an abandoned house. But instead, she had these 9 babies, warm, without rain, being watched over by a caring person. And, 4 Paws 1 Heart will be there for Nova to see she gets her treatment for heart worm and we will also make sure her babies receive their vaccines and eventually spayed/neutered and in homes. Here they are….

11-26-22 – I thought I’d let our feline mascot, Chance, make the announcement!! Thank you to our many supporters. Now getting ready for the finish line! – diana

CHANCE: Goooood morning mom…did ya hear hear the news??? 4 Paws 1 Heart came in 1st place in the Holiday Cheers for Charity Contest and we’re going into the 2nd round!!!!

MOM: I sure did buddy, that’s wonderful news!!!

CHANCE: Yep! Now the 2nd round starts December 2nd. Each of the top 5 charities work to see who can get the most monetary donations from the 2nd to the 16th of December! Auntie Di will be sharing the donation link soon and we will be sharing it here Team. The charity who gets the most donations will win $20,000.00!!!!! Not only that but each charity will get those donations that were for their charity so its a win/win for everybody!!!! So stay tuned for the link Team, 2nd round starts December 2nd…I’m soooo excited!!!!

Voting ends today and every vote counts. If you’ve seen it in your feed but haven’t taken a minute to click- take 1-2 minutes out of your day to support a local cause and VOTE. Descriptions of their work are listed here a www.fsb.bank/banksgiving 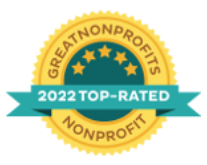