10/22/14 Update:  Update on dog brought into the emergency last night. The man who had rescued this very sweet boy from an abusive and neglectful environment brought him in as soon as he was given the OK. The dog was already turning yellow and in dire condition. He was immediately put on fluids, antibiotics, etc. As of last night, it still wasn’t apparent if he would need a blood transfusion or what was the cause of his illness. He is under excellent care and was fighting to survive. Please say a few prayers and send some positive energy. When he recovers, Gina has lined up the perfect foster (potential adopter) lined up. ~ diana

“Help!! Sweet young dog, very sick – possibly Lepto . The guys only had them 10 days, rescued him from a crappy situation but does not have the money to care for him. He needs medical care and fostering immediately!!”

Back Story:  A concerned citizen had contacted Lisa about what he believed to be a dog living in a very abusive situation.  Lisa was able to get the owner to surrender the dog and the person who reported the case offered to keep him.  Some 10 days later, the man contacted Lisa reporting the dog hadn’t eaten in 5 days and was very ill.  He could not afford to take the dog to the vet.  Lisa contacted 4p1h and we asked the man to bring (now called Rocky) Rocky to the emergency where he was already turning yellow from liver failure.  ~ Diana 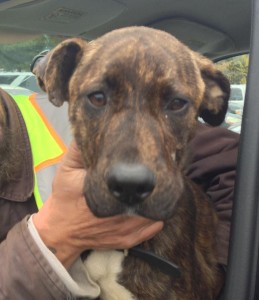 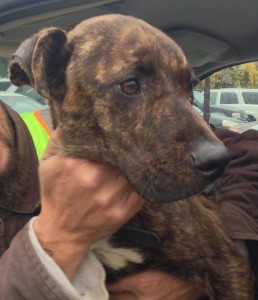