12/8/15 – Malcolm was rescued along with 3 other siblings in late September, 2015. 4 Paws 1 Heart took care of their medical needs and in October, 2015 reported on them and explained a condition they had called Cerebellar Hypoplasia (CH) which is a non-progressive, non-contagious neurological condition which effects motor skills and coordination. Some of the babies had more severe symptoms than the others. Since then, all have found their way into their forever homes and Malcolm’s mom sent us the before and after photo. We are so happy to share these “Great Beginning” updates. ~ diana 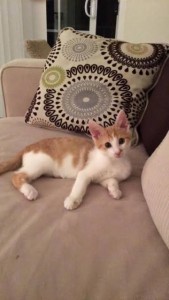 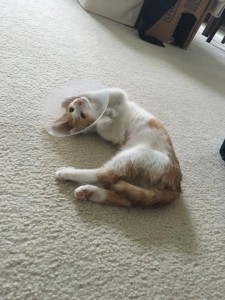 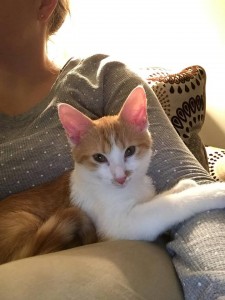