10/3/16 – On the last day of our $1,000 Match Challenge (donations can be made through the donate link on this site), I thought I would share some happy updates.

You might remember One-Eyed Jack from January, 2016. It was in East Tawas, MI when an unknown person dumped him at a home known in the neighborhood for taking in cats. The little guy had one eye missing. Can you imagine leaving an animal with one eye to wander the streets in the dead of winter?? The homeowner was already overwhelmed and couldn’t take him in. Fortunately, a woman, aware of the situation, contacted us for help and said that she would foster him if we could help with his medical bills; and we did. Here is Jack when he was first rescued and how he looks today. ~ diana

P.S. His rescuer became his forever mom. Thank YOU, Kelly. 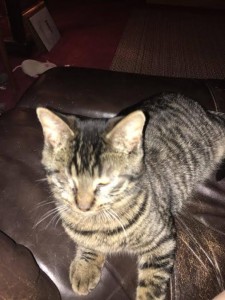 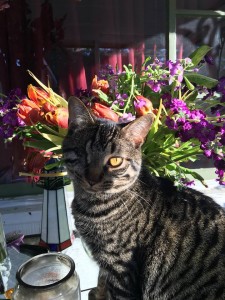