12/19/17 – Astraya was left behind when her owner relapsed after years of sobriety and moved. She was severely neglected and although very sweet and loving, acts as if she may have been abused. She had severe mange-like symptoms and had a hole in her armpit from eating at it . There was also a sore on her neck that was so bad, she would yelp if anyone tried to go near it. Astraya would cry softly if anyone touched her poor neglected and abused body. Thankfully, we were contacted and Astraya was seen by one of our vets last week. Astraya was treated for what the doctor thinks was the result of a severe flea infestation and by the next day Astraya was feeling much better. She will have a follow-up visit on Wednesday. Astraya will be looking for her forever home once she is healthy and has had time to decompress and get some long overdue love. Anyone interested in Astray should e mail Sue at: sensibynature@yahoo.com ~ diana 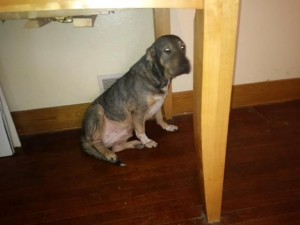 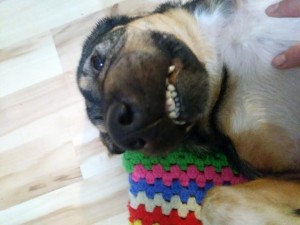 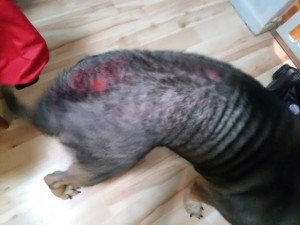