3/30/18 – Macho was found wandering the streets, limping. He was taken to the clinic and x-rays showed bullet fragments that broke Macho’s elbow. The doctor advised that it is an old injury which had already begun healing wrong. The doctor advised that removing the bullet pieces and putting a plate at his elbow has a less than 40% chance of being successful. Consequently the doctor recommended that Macho have his right front leg amputated because the injury is probably causing tremendous pain and has been for quite some time. Macho is barely 2 years old and could have a long life ahead of him. We were told that that he is very sweet and deserving of a second life. 4 Paws 1 Heart was happy to help with Macho’s surgery which has been completed. Macho is doing well and will be looking for his forever home. Anyone interested in Macho should contact 313 k-9 and kitty rescue Detroit. ~ diana 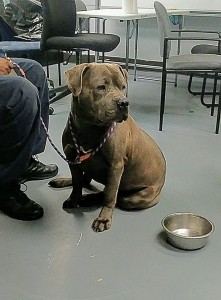 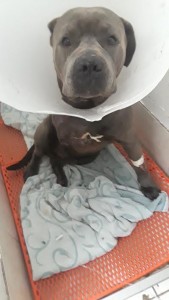