3/27/18 – Those who dedicate their lives to rescue and veterinary care are heroes in my world. On March 15 I was contacted by an independent rescuer who was able to get animal control to pick up two animals who had been hanging around a discarded mattress on a city street. Mattie and Owen appeared to be ‘boyfriend and girlfriend’ because they wouldn’t leave each others’ side; both dogs were pretty beaten up. Mattie appeared to have recently given birth to puppies but they could not be found and Owen had cropped ears. It is suspected that both dogs were dumped after they had been used and abused. Unfortunately, once examined both dogs tested positive for heart worm and we were contacted to see if we could help. We agreed and arrangements were made to have them see a vet once the stray hold was complete. That day came but when Mattie was temperament tested, it was sadly determined that she could not go to a rescue because she could be a danger in her current state. The positive news though was that Owen was good to go. Owen was taken to one of our partner vets and on Saturday, March 30, Owen will start his heart worm treatment. Prayers for Mattie that she will no longer suffer and many prayers for Owen that he gets through his heart worm treatment with flying colors and finds a forever home where he will be forever loved. Anyone interested in Owen, should contact 313 K9 & Kitty Rescue Detroit. 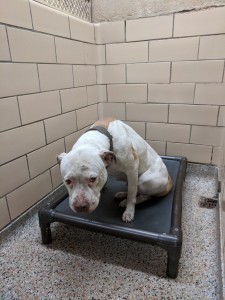 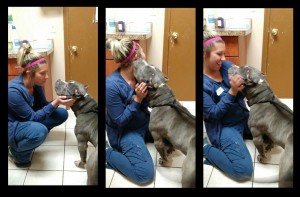 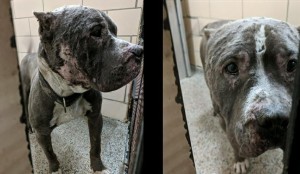