1/18/19 – Meet Coco-nut who is now with our good friends at Misfit Angels Rescue. Coco-nut was found living with a human and another dog in a car. She was very thin, flea ridden, and had a wound on her head which appeared to be caused by some kind of trauma. Fortunately, the owner surrendered Coco-nut to someone who contacted Misfit Angels for help. Coco-nut was taken to the hospital where it was found that her kidney levels were elevated. At first they were treating her for possible leptospirosis (result from drinking rat urine), but then decided the damage was probably the result of being fed something toxic. Coco-nut spent several days in the hospital and will have to be on kidney food and monitored for the rest of her life. But, she is doing great and went home to her foster on January 13. We were thankful that we could help Coco-nut and our long term friends with Coco-nut’s medical needs. Anyone interested in this sweetie, should contact Misfit Angels Rescue. ~ diana
4paws1heart.org/donations 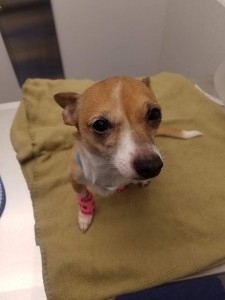 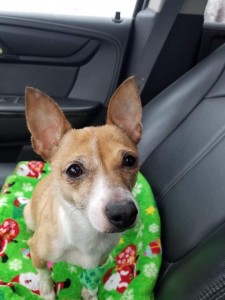 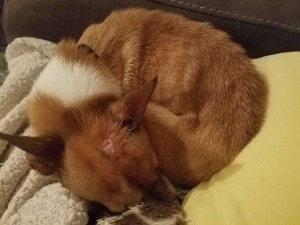