6/26/19 – I received a call late Saturday night about a cat found on the street “in very bad shape”. The cat was said to be bleeding from the nose and mouth and her eye seemed to protrude. Our friend Shelley Emerson, contacted me and I approved her to see our great doctors at Advanced Animal Emergency. Thankfully they were able to see her pretty quickly.
The doctor called me a couple hours later to say Abigail was stable and it appeared she had been hit by a car. They treated her with antibiotics and suggested a follow-up visit in a few days.
Shelley tells me that Abigail is doing much better and will be scheduled for a follow up visit this week. ~ diana
#abigail 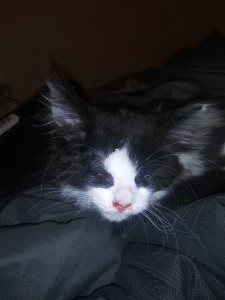 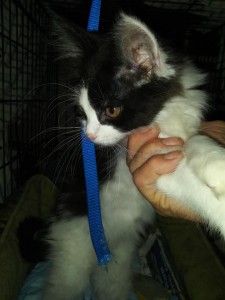 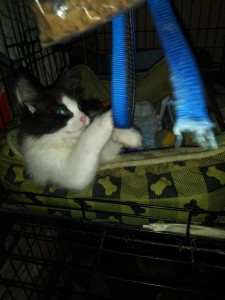