Dewey Update,
In 2013 he was found as a stray kitten underneath a van. We thought his injuries were superficial, but it turned out that he had a hole in his diaphragm which is the part of the insides that separates the chest and abdomen. He could have been born this way or he could have suffered severe trauma while on the streets. His liver was adhered to his heart and the section had to be surgically removed very carefully. Surgery was a success and Dewey survived. He was adopted by a wonderful family who recently moved to the Rocky Mountains. Dewey spends his days peacefully listening to birds and resting in the bay window of his beautiful home. Gina 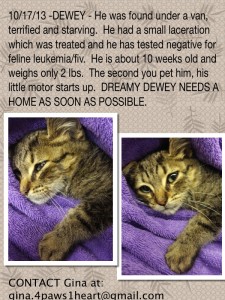 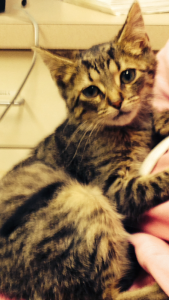 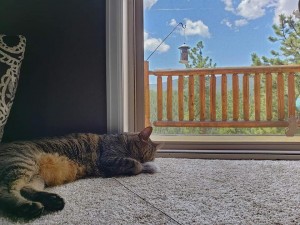