9/6/19 – RIP Sweet Thanos. At 11 weeks old he became very ill. We authorized him to be taken to the emergency in that his gums were white and his little belly just kept getting bigger. He was diagnosed with FIP and we all agreed that he should be allowed to cross the Rainbow Bridge. We are so very sorry but thankful to Amanda and her family for taking in this baby with his siblings and giving them love. Here is his story:

“I took in Thanos with his two brothers and sister at five days old. Their mom had been hit by a car and a neighbor of the lady, whose cat was hit, did not want responsibility of the babies. The family that took them in reached out for help and I was more than willing to take them all in. I bottle fed them from five days old. It was a hard battle with them being sick a few times and Thanos pulled through and won our hearts. We had decided to keep Thanos and grow our family a little bigger. He was a huge lover. He cuddled constantly, even nudging my blanket up to crawl under and snuggle on me or next to me. My four-year old wouldn’t go to bed without him. Tonight was very rough getting him to sleep. I told him about how wonderful you’re Diana, to help us and for us to still have his ashes to bring home. W 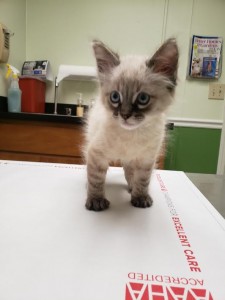 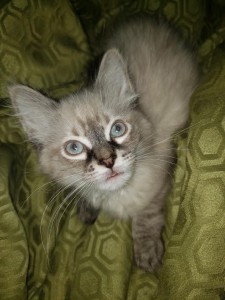 e’ll be putting a little shelf up to put him on and have pictures. So we’ll be turning it into our pet and rescue wall.- Amanda” ~ diana
#Thanos