9/25/19 – Billy is one of the many semi-feral cats living on the streets and being cared for by loving people. We were contacted when Billy showed up limping. The caretaker had been trying to trap him for a couple of years without success. We were worried his leg was broken. Billy was taken to one of our partner vets and after x rays it was determined that the limp was caused by an old injury. Billy was finally neutered, vaccinated, tested and was brought into the caretaker’s home. Unfortunately, he didn’t want to be cooped up in the home and the caretaker released him back to the outdoors. Billy is doing well. He has shelter and food and his limp has pretty much disappeared. – Diana
4paws1heart.org/donations/ 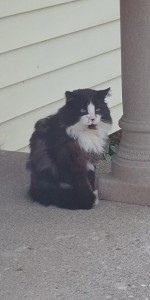 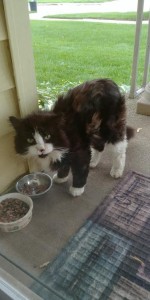