11/11/19 – Poly and seven babies were all rescued at one time by our friend Jo Addington. Poly is a polydactyl which means she was born with the usual number of toes on one or more of her paws. She was rescued with seven kittens but the rescuer was unsure of who may have belonged to her Poly and Spike were immediately brought to vets becuase they had upper respiratory infections. Poly was found to have a low-grade heart murmur. Poly was actually adopted but then returned although 4p1h had committed to medical until Poly recovered. Now, both Spike and Poly are getting the last of their medical needs done. They are doing great and according to the doctors, heart murmurs are not uncommon for many cats. Spike has been adopted and will be going to his new home on Saturday. Poly is still looking for her forever home. Here is also Mia Bella who was one of the seven babies. Anyone interested in Poly or Mia Bella should contact: joadd18@gmail.com

Just as a side note, there are a minimum of 50 cats/kittens who I still haven’t posted about 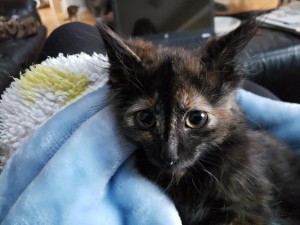 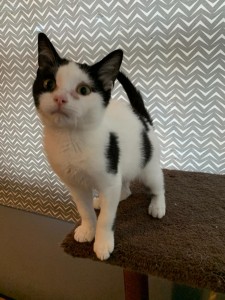 on this page. There has been an overwhelming number of cats and kittens needing our help this year so if there is anything you can do to help us with our medical efforts, it would be much appreciated. ~ diana
4paws1heart.org/donations/