12/2/19 – This is Bailey. The homeowner was putting up Christmas lights when Bailey walked up to her. She had no collar, no tags, no license. Every time the homeowner tried to catch her, Bailey would run away, but, then she would come back. Finally, the homeowner was able to catch Bailey and hold her. She was shivering because of the cold. The homeowner brought her in and Bailey immediately took a liking to the mom (rescuer) and the kids but seemed a little skittish around the dad. Efforts were made to find an owner and calls were made to the the appropriate sources but no one has claimed her. Bailey is very thin and appears to have worms. 4 Paws 1 Heart will be taking care of her medical needs including a heart worm test. Paws crossed that it will be negative. The family will keep Bailey but with Christmas and 4 children, they just weren’t prepared for the unexpected expense of a lost/abandoned dog but they are ready to give her love and a warm home. – diana
4paws1heart.org/donations/
P.O. Box 84, St. Clair Shores, MI . 48080 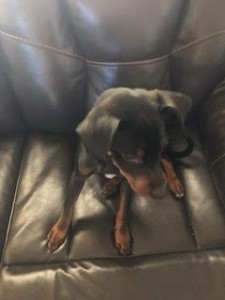 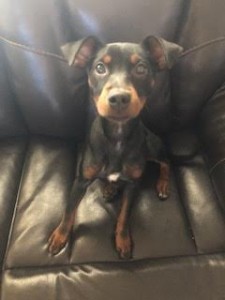