Skip to primary content
12/21/20 – The last case on Sunday was another emergency. Teddy, a cat rescued by Andra S. appeared to have an urinary tract infection or worse, a blockage. He kept attempting to urinate but only a small amount or nothing would come out. What did come out had blood in it. Again, we had to authorize Teddy to go to an emergency hospital. Thankfully, with our friends at Advanced Animal Emergency, who always keep us well informed. Teddy was later released after being treated for an infection and crystals. He will be on a special diet and will be on medication. He is now resting comfortably in his foster home. – diana
4paws1heart.org/donations/
P.S. I’m exhausted. haha 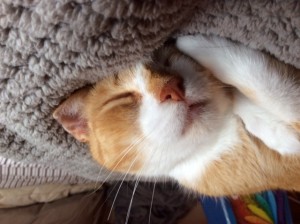