Skip to primary content
2/11/21 – Updates:
ONYX – We’ll never know how it happened but the rescuer and foster believe that she was probably trying to keep warm in a car engine and was injured and then got frostbite on the injuries. She was seen by one of the best, Dr. Zalac, at Orion Animal Hospital, where Dr. Z was committed to trying to save Onyx’s toe and let — both severely damaged. Onyx is with her foster, Carol, who has been following doctor’s orders by soaking her paws and legs in a medical bath as well as giving her a number of meds. The goal is to save her toe and leg from amputation.
SATIN – A beautiful girl who found her rescuer in a corner store. She had been obviously overbred and then thrown out, as so many female dogs once they are no longer of use. When rescued, Satin had two large lumps in two of her nipples. She saw a vet yesterday and it was determined that Satin has mammary cancer and the level is 5 out of 6. She was also found to have a severe ear infection. The doctor gave medication for her infection and the rescuer will be giving her much love and care until she crosses over the rainbow bridge. As many rescuers have said to me, “Sometimes it is difficult to like humans”. Requesting prayers for both of these sweet animals. – diana
4paws1heart.org/donations/ 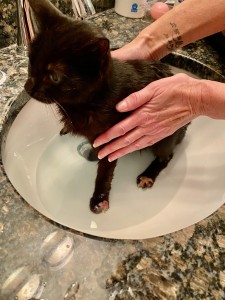 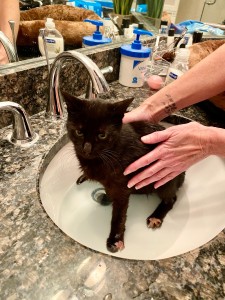 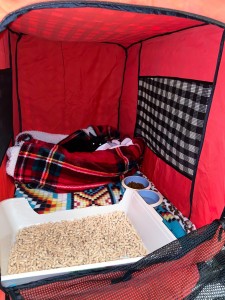