Skip to primary content
4/20/21 – RIP Sweet Dwight, you were very much loved in the end. It was March 1 when Heather contacted me about helping Dwight. The little guy followed her from a laundromat to her apartment. He had wounds all over his body plus a cyst near his eye. We were happy to help. Unfortunately, Dwight’s second chance at life was not to be and here is his story from Heather just 9 days later:
“I wanted to send you a nicer pic of Dwight. I would love to have you do a memorial post for him. I have also attached a short video of his joy the moment I brought him in for rescue.
His story: I live in a poverty stricken, low income area in Pontiac where I run a small rescue called Up in Arms for Animals Rescue & Rehab. We have a large stray cat population which attracts many pet theives to sell strays into the cruel dog fighting industry (I’ve now been approached by 3 of them trying to get cats in my care). I saw Dwight several buildings away while coming back from the laundry room. I blew kisses to him from about 40 ft away and he came running after me like he had been in search of someone to bring him indoors. He happily let me pick him up and bring him into my home where I quarantined him in my bathroom from the other rescues here. I found him covered in wounds from fighting, including a large infected cyst near his left eye. He spent only a week with me and yelled and screamed nearly constantly. I brought him into the vet last Friday when he was diagnosed with both FIV and FeLV. I now believe Dwight may have been suffering and when he saw me leaving the laundry room, he knew to follow me for the help he needed. I’m still mourning his loss after the vet recommended euthanasia which was done that day. He was very sweet and so happy to be fed, indoors where it’s warm, safe and receiving the love and care he wanted and needed. He sadly only lived a short life of only about a year, but he knew love and kindness. I stayed by his side through his final moments when myself and the vet staff all cried for his tragic death.
Thank you for helping me to end his suffering. None of us wanted things to end this way for Dwight but I’m happy that he at least didn’t die alone, cold, hungry and scared on the street. Thank you.
Heather Breitbach
Up in Arms for Animals Rescue & Rehab
Pontiac, Mi”
As an added note, I asked Heather about what I had previously heard about cats now being used in dog fighting in that she had mentioned it. You may remember that a rescue friend in Detroit had told me about cats paws being painted and then being used in dog fighting. Here is Heather’s response:
“They don’t usually just paint the paws. They usually look for white and light colored cats because they spray paint and dye them different colors so there’s no confusion in who wins the bets. It’s disgusting and evil and my main motivation in doing rescue here. I’m happy that at least these coward pet thieves don’t want to fight with me because that’s what it would take to get an animal from me. I have been trying to get pertinent information regarding their identity and location here but unfortunately people know better than to give it to me. Thankfully there are still some good people left here in Pontiac and several have stepped in to save these babies from abuse and knew to bring them to me for safety. I try to focus my thoughts on the ones I manage to save and not the ones who disappear before I can get them but it’s hard to do when they approach me. Thank you for helping so many animals. You are doing God’s work helping so many. I plan to do a fundraiser for your organization soon if that’s ok with you. – Heather”
And Heather is doing a facebook fundraiser, and we will continue to help her whenever she asks and we have the funds. – diana
4paws1heart.org/donations/
“The abuse of a harmless thing is the essence of sin” – A. W. Tozer 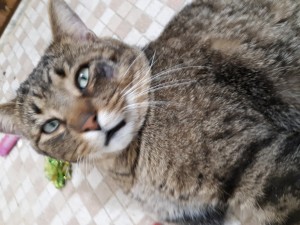 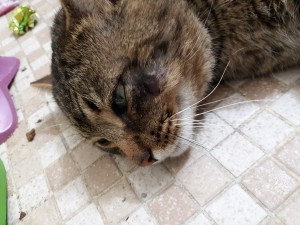 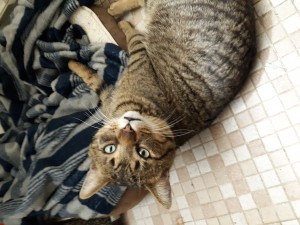