Skip to primary content
6/8/21 – Updates: Tommy Boy was cared for in a cat community and was seen having problems walking. We were asked for help.Tommy Boy did go to one of our partner doctors and had x rays taken. The doctor diagnosed a “floating knee caps”. Surgery was not recommended because Tommy Boy is truly feral and would have been difficult to care for since he is opposed to being picked up and pain meds would be hard to give him He is back outside with his two buddies and the caretaker will continue to keep an eye on him.
Blu Blu was rescued last August and also was a stray cat being cared for by a homeowner. Somehow he broke his leg and that’s when we were called in to help. Blu Blu’s leg had to be amputated but today he is doing great inside his rescuer’s home enjoying his life with two other pets. I love when we get happy updates from our rescue friends. – diana
4paws1heart.org/donations/ 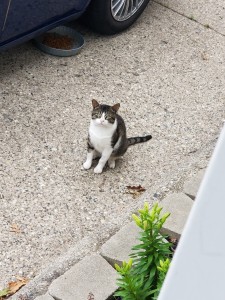 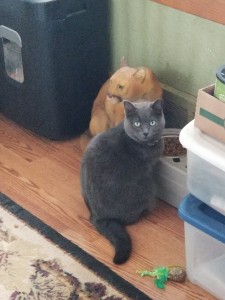