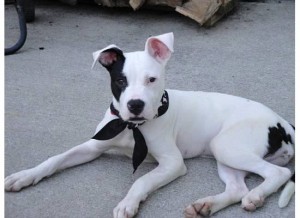 BEFORE 2012 COMES TO AN END, consider a tax deductible donation to 4 Paws 1 Heart (we are a 501c3). A donation can be made through paypal on our website or fb page or by mail to P.O. Box 84, St. Clair Shores, MI 48080. ~~ IT was 2 1/2 years ago that I had some money donated through a family bowling party and contacted Gina so that she could use it for her small cat rescue at Moore’s Veterinary. It was then that she told me that she had moved to the Animal Urgent and Critical Care Center in Harper Woods. We started to talk about how we could utilize the money and Gina told me that almost nightly injured/sick animals were brought in who were abandoned or stray. Sometimes the doctors would treat the animals without compensation and someone on staff would adopt them but, obviously, that was not often the case. The animal would most often have to be euthanized. This is when we came up with the idea for 4 Paws 1 Heart. If we could fund the medical treatment for the injured animal and work with rescue groups to find forever homes, just think of the animals we could save. To date we have either saved or contributed to the medical needs of over 500 abandoned, abused, and stray animals — not to mention the number of unwanted animals we have kept from being born. Gina’s Angel, who is pictured here, is one of our earliest rescues (or in Gina’s case — foster failures). Angel was brought into emergency dying of Parvo and the owners wanted to euthanize her. Instead, they agreed to surrender her to 4 Paws 1 Heart; Gina nursed her back to health and today she is living in Gina’s loving home. Every little bit makes a significant difference and goes a long way. Thank You ~ diana
Share