3/29/15 – The last day of the weekend brings our last happy update – GINGER. She was rescued from the streets of Grosse Pointe Park. No one claimed her and 4 Paws 1 Heart paid to have her examined by a veterinarian where it was found that she had an old gunshot wound and was heart worm positive. Some of the metal was taken out of her leg but a couple of weeks later, we decided to have another veterinarian examine her. There it was found that she had a serious leg infection and had multiple fractures in her foot. The good news is that this past week, Ginger found her forever dad and will be spoiled like a princess while she is treated for all of her illnesses and injuries. Here is Ginger when first found and now in her new home. Can you see the new hope in her eyes? ~ diana 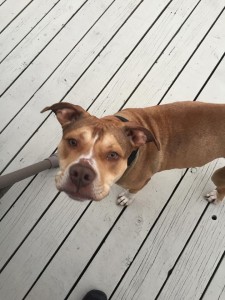 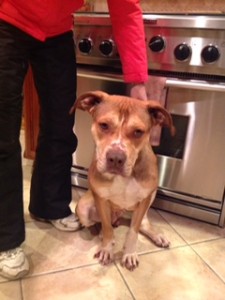