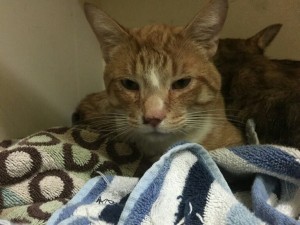 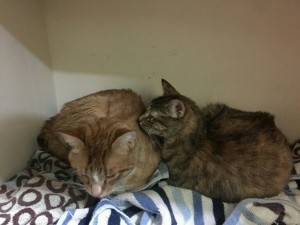 5/7/15 – Good Morning Friends! 4 Paws 1 Heart continues to help the animals being saved from the tortuous practices of the Humane Society of Macomb (not to be confused with the Michigan Humane Society or the Macomb County Animal Control Shelter). Remember that according to their 2013 report to the Michigan Department of Agriculture, 73% (998) of the cats who were unfortunate enough to find their way into this ‘shelter’ were killed and 35% (237) of the dogs were killed. This does not include what they identify as owner requests to euthanize which totaled 497 cats and 204 dogs. All of this killing, yet a little over $1.2 million was collected in 2013 through donations and interest on investments and the shelter itself identifies over $7 million in assets. Does it really cost that much to kill all of these animals??? Sorry to start your day this way but this is important and we will be communicating ways for you to make a difference in all of your communities where similar activities are going on. BUT, in the meantime, I want to introduce you to these two very sweet, very scared, and very abused cats. Somehow they found their way into the shelter on April 21, 2015 and kept in the ‘euthanasia room’ until they were rescued on May 5. This cannot be confirmed by me but allegedly they were not fed the entire time. I will say that from the condition of the animals, it is likely that, if they were fed, it was sparingly. One cat is a full grown male weighing under 6 lbs., the other cat was a pregnant female. The day after they were pulled, they were taken to the vet and put on IV fluids. The next day, the female gave birth to 5 dead and deformed kittens! Although photos were taken in case we ever get to a point where criminal charges can be filed, you can trust me that the photos are heartbreaking. Both cats were once again taken to the vet yesterday for more IV fluids and for mom to be checked. Please, please be part of the solution and not part of the problem. ~ diana