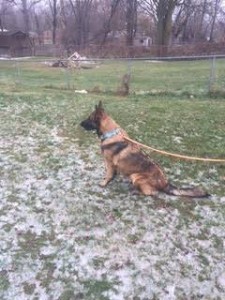 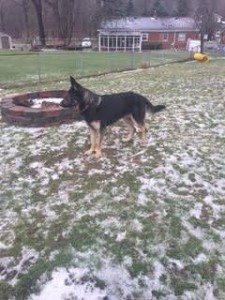 Almost $130,000 paid in medical bills for 805 cats, 117 dogs, and 90 animals who were treated through the emergency hospital where Gina works. I say “almost” because as we approach the end of the year, animals are still going into veterinarians being helped. Here is a message we received the other day.Thankfully, because of you, both dogs will be seeing the doctor this week. We can’t promise we will be able to help with a hip issue or even a heart worm issue but we can commit to making sure these animals are no longer in pain, are vaccinated, will no longer be used for breeding for someone’s financial gain, and will have a safe and happy life from here on out: ~ diana

“On Christmas Eve my friend and I were on our way to deliver Xmas cookies to the homeless. We noticed while exiting the freeway two dogs running past us towards the free way. We immediately got out and were running after these dogs on the shoulder of the freeway to save them from getting hit. We put them in our car once caught and now they are at my residence. They are isolated as there is no way they are up to date on anything and looks like they were just used in someone’s backyard for breeding. The female is plump but had fleas and burrs matted in her hair. The male is in bad shape as you can feel every one in his hips and he walks with a hitch as I think he may have bad hips? He’s skinny and has burrs matted in his hair. They appear to be older like between 7-10? They are currently still in my basement in a kennel and we take them out every few hours but they need vet care. My guess is they most likely have worms and heart worms. My friend and I are willing to foster them till a rescue can take them on. It’s not ideal as we both have our own animals but we can’t see them get euthanized. Every place I’ve Called is full. It’s been almost a week now so I need a plan as to how to get these animals healthy. Can you help – Heather”