5/3/16 – It is with a heavy heart that we have to tell our friends that our sweet Bailey has crossed the Rainbow Bridge. It was July, 2015 that we were contacted by Laurel asking if we could help. Laurel had seen an ‘ad’ which said that Bailey, a senior dog, was going to be surrendered to a shelter if no one else wanted her. We agreed to have Bailey seen by our veterinary and she was found to have been severely neglected and also found to have heart issues. There wasn’t much hope for Bailey to live much longer. But, Laurel decided that she would do everything she could to give Bailey the best life ever — even if it was short — and 4 Paws 1 Heart committed to taking care of Bailey’s medical needs for the rest of her life. Over the past eight months, Laurel and 4p1h has kept their commitment to this sweetheart. We are saddened by her passing but thankful that we could be a part of giving her the best time ever for the last days of her life. 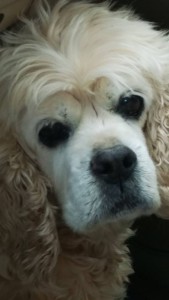 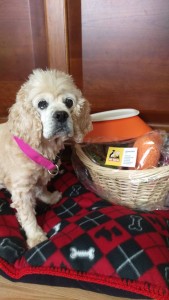 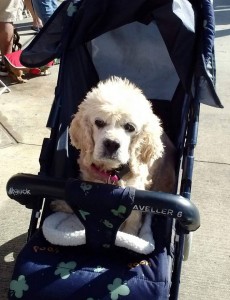