4/18/17 – Prayers Needed! This beautiful girl, Hope, was running the streets in January, emaciated and very sick. Fortunately, a loving family rescued her and attempted to find her owner. None could be found. She was immediately taken to a veterinarian because her body was covered with wounds, one wound was a very deep hole. Hope’s wounds were treated but then she began coughing and had trouble eating and drinking. Her rescuers took her to two veterinarians, one thought she would need open heart surgery. The other conducted more tests and felt that was not needed. What everyone did agree to was that her heart was very damaged from heart worm. A friend of 4p1h contacted us about Hope’s plight; the family was running out of money to pay for vet bills and by this time, they were worried that they could not ‘rescue’ her after all. I contacted the rescuers and now 4 Paws 1 Heart will work with the rescuers in hopes of giving Hope a second chance in life. Hope will be seeing one of our favorite doctors at Patterson Veterinary Hospital, Dr. Zalac, today. Please say a little prayer that Hope can be on the road to recovery very soon. If we can make this happen, her rescuers will become her permanent, loving family. ~ diana 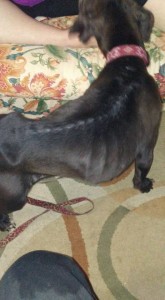 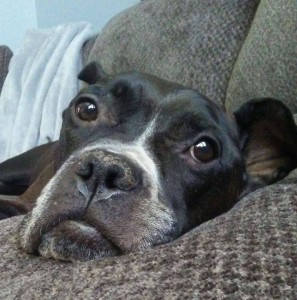 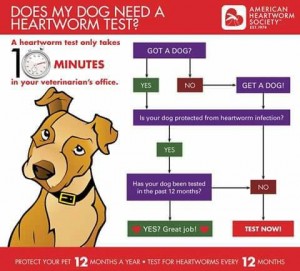