5/19/17 UPDATE: King had his surgery and was also neutered in the process. He is doing well but was a little uncomfortable the first night. His rescuer spent the night on the couch next to King in his crate. Please pray that King can be placed in a loving home. ~ diana

5/18/17 – King was purposely pushed down the stairs of an upper flat because he chewed up some window blinds and ‘play nipped’ the children. King is only 5 months old and weighs 35 pounds and now his hip is broken. The doctor said the injury is similar to what would happen if he had been hit by a car. King has been surrendered to a rescue friend of 4 Paws 1 Heart and we will pay for King’s surgery and rehabilitation. I know people will ask if criminal charges have been pursued but, quite honestly, the police and prosecutors in this particular City, have a great deal on their plates and animal abuse is, unfortunately, very low on their priority lists. ~ diana 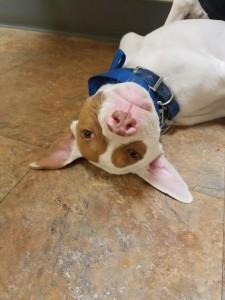 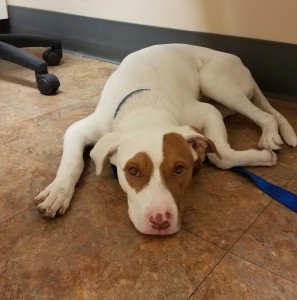 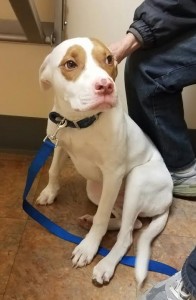