7/17/17 – Meet Remy. He was found roaming near an interstate highway, just a puppy. After two weeks, he became lethargic and his rescuer brought him to a vet. He tested negative for parvo and was sent home. The symptoms continued and we were contacted. We had Remy see the good doctors at Centerline Veterinary and because they could not watch him overnight, he was transferred to our friends at Advanced Animal Emergency where he continued treatment and this time was found to be positive for Parvo. Over the next few days, Remy was treated at the veterinary and watched by his loving new family. This past Friday, I learned that Remy has turned the corner and it appears that he will be ok. A huge thank you to his rescuers and new family and the wonderful vets who are willing to work with us. We are very thankful we could be there for Remy. Everyone at the vet’s office has told me about what a sweetheart he is. Another life saved!! ~ diana 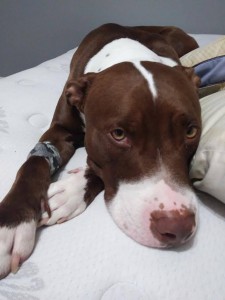 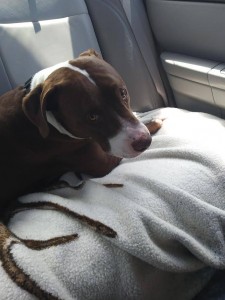 2 comments on “Remy – Rescued from the Hightway Suffering from Parvovirus”