10/4/17 – Wally showed up in Emily’s sister’s backyard. He could could fit in both hands. His leg was skinned and muscles were ripped off. He was still being weened by his mama. He was taken to a veterinary hospital where it was determined that his limb had no blood supply and would eventually fall off if not amputated. He was held in the hospital for a week and received fluids and antibiotics while waiting for surgery. Finally, his leg was amputated. Today he is doing great and looking for his forever home. Contact Emily at: merrifieldm@gmail.com ~ diana 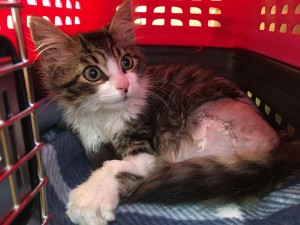 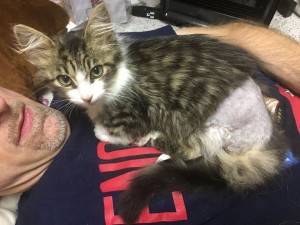