10/5/17 – Meet Jolly. Poor Jolly was owned by an irresponsible pet owner who had an intact male and refused to let the neighborhood pay for her spaying. Jolly would keep escaping from her yard and roam the alleys where the concerned citizens would feed her. She eventually ended up with 9 babies; 2 of whom died, and God only know the fate of the rest. We also don’t know how many babies she had prior.

No matter what the neighborhood would do, her owner refused to let her bespayed or treated for fleas, etc. Then, finally, the owner told her neighbor ‘she’s yours’ and the neighborhood paid for her spay at All About Animals where they spayed her but also found her positive for heart worm.

I was contacted by one of the caring neighbors who was asking for help in getting Jolly’s heart worm treatment. I advised that as long as the caller was committed to Jolly and would keep her until a good home could be found, and get a signed surrender, we would pay for the heart worm treatment.

Jolly has since been seen by our awesome veterinarians and was treated for her skin infection and fleas. She was also started on her pre-heart worm treatment. She is a very sweet girl who will be under treatment for a while but if anyone is interested, please contact Janet at: jray@umich.edu. ~ diana 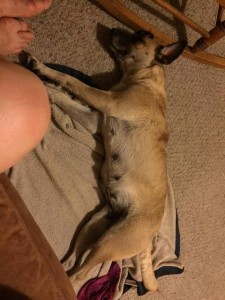 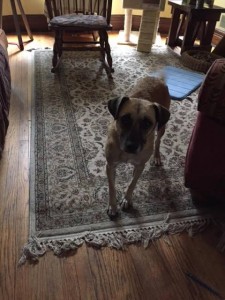 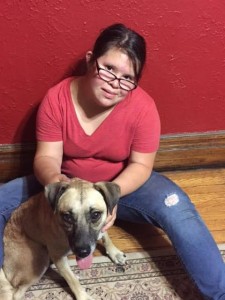