4/7/18 – Happy Update! On January 25, 2018 we were contacted about 3 cats who had been ‘thrown out’ after their owners separated. First, the two older ones were dumped when the break up occurred and not long after, the male got another cat, Magnus, who later found himself thrown out into the cold. A kind woman took in all three of the cats and contacted us for help. Magnus was tested, vaccinated, and neutered and just the other day I received this update. Magnus is now in a forever, loving home and is doing great. Here he is now and before.~ diana 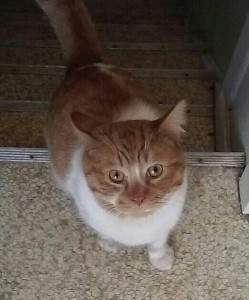 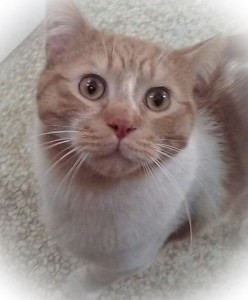