4/21/18 ANOTHER UPDATE – Bandit was taken to All About Animals to be neutered and retested. He tested NEGATIVE!! I will be calling the previous vet whose tests resulted in positive for leukemia. We are willing to pay for a third test although I hate to put Bandit through this but, we need to know who is correct.
4/21/18 – Updates!
Bandit – Bandit was left behind when his owners were evicted. He was immediately taken to the vet, complements of 4p1h, and tested positive for feline leukemia. Fortunately, our friend Jo A. found someone whose cat had recently crossed the Rainbow Bridge and who was interested in giving Bandit a forever home. Bandit is now in his forever home with a canine buddy and a loving mom. ~ diana 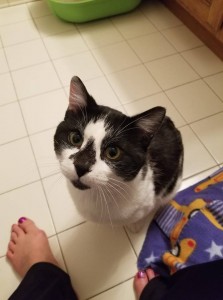 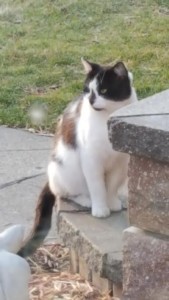