5/24/18 – Roxy’s sad but happy ending story:
Roxy was adopted from a shelter when she was 2 and lived with her previous owner for 5 years until he became homeless. She then lived behind a dumpster for 2 months until someone discovered them. Roxy then was taken to the local animal shelter; they put a hold on her for 2 months to allow the owner time to take her back. The owner then pulled her and stayed in a motel until he ran out of money. A person who knew the owner’s case manager offered to hold her until the owner got housing. Roxy and her dog didn’t get along and the case manager lost contact with the owner. It was determined that the owner was incapable of taking care of her. She was posted on the All Things Livonia page and15 rescues were contacted in hopes of finding someone to re-home her. But then, Kate was found and she was happy to give this very sweet dog a home. Kate was told that Roxy was spayed but she had a large hernia that wasn’t a threat to her health. Her new mom brought her to a vet where it was determined that she actually wasn’t spayed and she had multiple masses on her mammary glands. That is when 4 Paws 1 Heart was contacted. We were happy to help Roxy (who was 40 lbs when taken in) and agreed to pay for her surgery. The good news is that Roxy’s masses are gone and she is CANCER FREE. Roxy is now 60 lbs. and is doing great. ~ diana 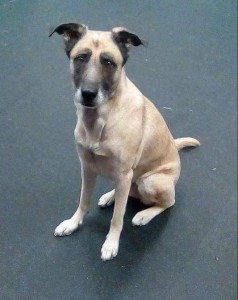 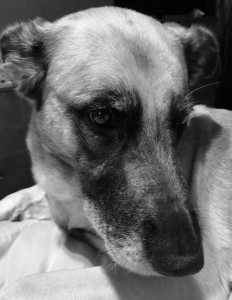