8/24/18 – It was a Sunday morning in January, 2015 when I received a call from our friend, Melanie. She had been contacted by the Roseville, MI police about a dog who was tied up behind a local store — her paw had been eaten off. I immediately contacted the great staff at Advanced Animal Emergency and they immediately took in Courtney; as it turned out, it was necessary to amputate her leg. We could only assume that she had been tied up at some other location for a period of time and chewed off her own paw in order to get away. Although there was video of two men seen dumping and tying her behind the store, the case was never resolved Courtney was very sweet and recovered like a champ but probably because of prior abuse was never successfully placed in adoptive homes. Consequently, she was kept by her rescuer. Today, Courtney still has some food aggression issues and anxiety that she will again be dumped but after training, life has become much easier for everyone. Courtney watches over the baby, is a companion for her developmentally disabled son, and runs — YES runs – with her other son. She also accompanies Mel on visits to Meal on Wheels visits. Here is what Melanie recently told me: “She has chewed a new couch but couches don’t get excited to see you, they don’t have a heart that loves, and eyes that look for you. She is worth all we have been through with her. My oldest son likes to read to her and she doesn’t mind that he has such a limited vocabulary, most humans don’t have the understanding and patience she does. I would have loved finding her a home where she was the only dog but we don’t choose family, it just kind of happens. – Melanie” I have chosen not to share the very graphic before photos. ~ diana Donations: https://4paws1heart.org/donations/ 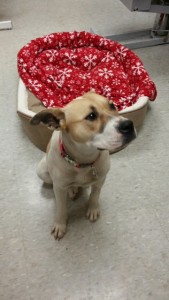 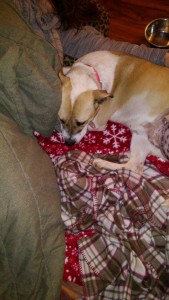 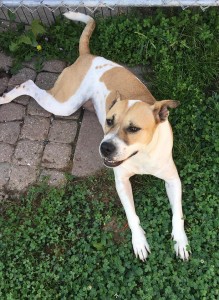 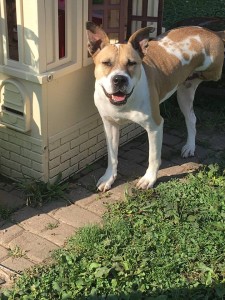 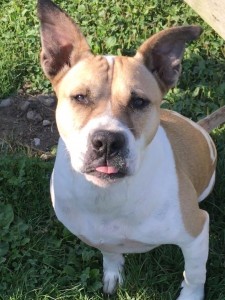