1/23/19 – Update from Courtney’s Mom, our friend, Melanie Wittner.
“Thank you again for giving my son his best friend. Sean lives a lonely life, yes he has me and his brothers but since he only has a 30 word vocabulary at 23 years old he doesn’t get to come home from school and call his friends. Sean doesn’t get to go out like other kids because he gets confused and lost. Courtney has filled a hole that I would’ve never been able to. She understands his words that he doesn’t speak and doesn’t make fun of him when he sings to her. Without 4 paws I don’t know what or who Sean would have had to fill that missing piece.”

Thank YOU, Melanie and Sean, for giving Courtney the love she never had. ~ diana
4paws1heart.org/donations/ 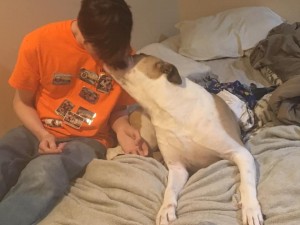 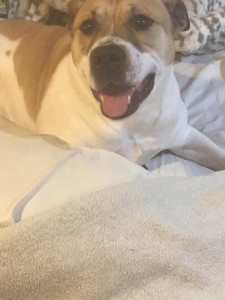