5/24/19 – Blu was left homeless when his owner committed suicide.The friends who took him in were then evicted and they could no longer care for him. Fortunately, our friend, Cortney, brought him into her rescue and one month later, he’s been adopted. He looks pretty happy. ~ diana
4paws1heart.org/donations/ 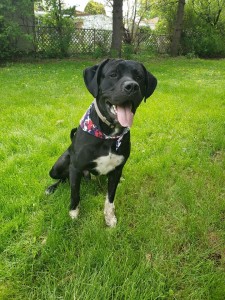 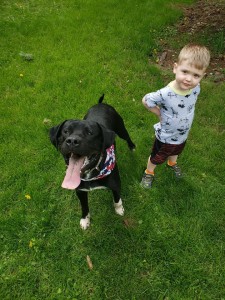 “Sweet Blu has been adopted and is enjoying his new family! Every picture I’ve seen was all smiles from Blu. I want to say a huge thank you to 4 Paws 1 Heart for backing his medical, Sara Holtzman for doing everything in her power to get this babe to safety and last but not least Stephanie Scully and her patient husband for fostering him. Also to his new family with Nicole Szabla for giving him the best shot at a bright future with lots of love! Blu would have ended up in a shelter if it weren’t for all of you, but he made it safely to his forever home and very quickly at that! This is why i do what I do, look at that face! No I’m not crying, you’re crying! ❤️ #rescueon – Cortney”