1/11/20 – Leo Update! As of 2:30 this afternoon, Leo is holding his own. He is eating and performing necessary body functions. I think your prayers are working. Keep them coming. Thank You, diana
4paws1heart.org/donations

1/10/20 – Prayer warriors needed. This is Leo. I received a call from one of the veterinary hospitals we work with asking if we could help this 10 week old puppy. He was rescued from an abusive home where he was kept in a closet and rarely fed. After being rescued, he became very ill and was brought into the vet. After spending all of the money the puppy’s angel had, more money was needed. The vet suspected the puppy had contracted the parvovirus or leptospirosis. The staff contacted us and I agreed to cover the medical help needed.
I now know that Leo contracted lepto and that is what he is being treated for. The staff loves this little guy and told me he has been constantly giving the staff kisses. When Leo’s rescuer learned that the medical care for Leo would be covered he cried. Your donations save lives. ~ diana
4paws1heart.org/donations/ 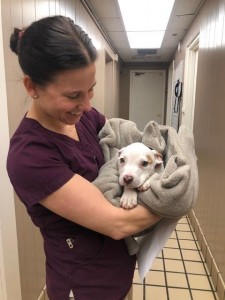 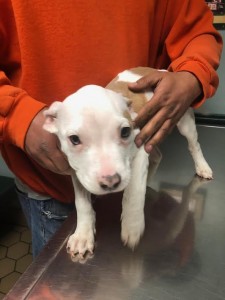 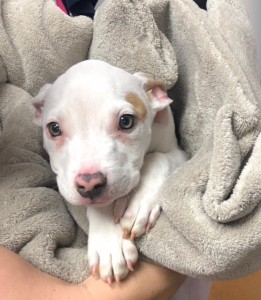