8/12/20 -Lulubelle has lost everything she’s known. Megan interceded with Lulbelle’s medical needs while Lulubelle lived with her elderly owner and now has once again contacted us for help as Lulbelle is homeless and looking for that forever home to live those last days of her journey. Here is Lulbelle’s story as told to us by Megan:

“Lulabelle showed up as a stray about 8 or 9 years ago. Her caretaker did the best he could with what he had. Over the last 3-4 years his health declined and he accepted my help. I provided food and vetting when needed. Last year Lulabelle developed an abscess on her face from a few bad teeth. 4 Paws 1 Heart assisted and she saw Dr Zalac. Lulabelle ended up having a dental and 10 teeth removed. Lulabelle was given back to her caretaker as being away from him proved to be hard on both of them. Over the last few months her vision has greatly declined and the glaucoma is taking over the right eye. It is believed that the left eye lens is detached and needs to be removed in the near future. Last week her life drastically changed. Her caretaker passed away and she was left alone with his body. I now have her. She has been to see Dr Zalac with the help of Diana & 4 Paws 1 Heart once again. Her senior blood panel was awesome but she is blind! Dr Z started her on some eyes drops and meds for arthritis and would like to recheck in a week. She is adjusting well. While I love her and want nothing for the best for her, I know my home isn’t the best fit for her. I have been screening potential retirement homes for her and hope to have her settled this coming week.- Megan”
Diana
4paws1heart.org/donations/ 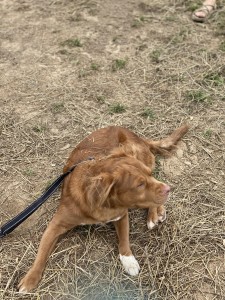 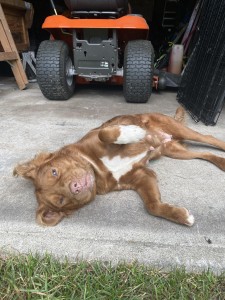