Skip to primary content
9/17/20 – Meet Tater Tot. He was living under a laser cutting machine and the boss wanted “him gone”. An employee was concerned that someone in the shop would try to harm him and five minutes before leaving for the day, he was able to trap Tater Tot. He then called his wife (who we’ve assisted before) and, of course, she said there was no choice other than to bring him home. Tater Tot was given a large crate to decompress in and the daughters in the family worked to build his trust. He seemed to enjoy being petted and purred each time. Tater Tot was so filthy from living in an industrial shop that the girls had to wash their hands after each petting session. Finally, the family was able to bathe him an dawn soap and, as you can see, he’s loving life in his cozy hammock. Tater Tot will be getting ‘the works’ next week and the family will make sure that Tater Tot lives a safe and wonderful life from here on out. – diana
4paws1heart.org/donations/ 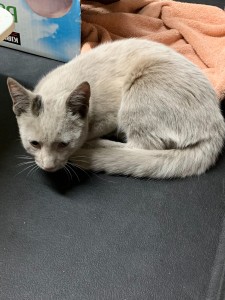 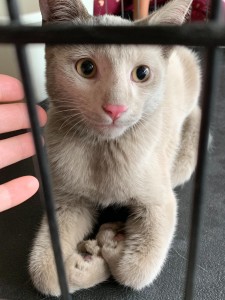 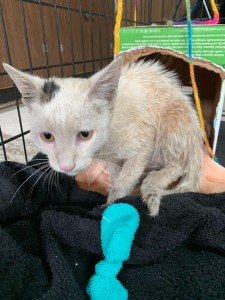 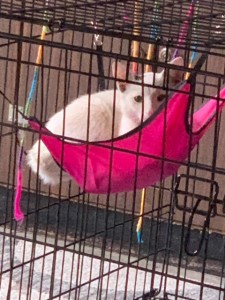 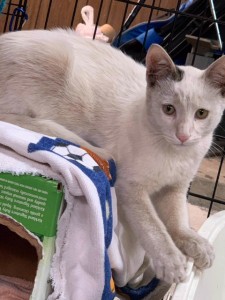 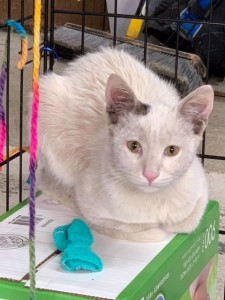 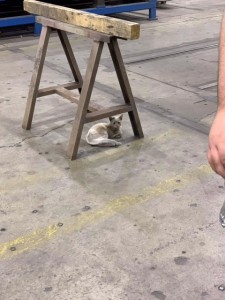