Skip to primary content
2/22/21 – RIP Si. This beautiful innocent was recently trapped. She had severe diarrhea and a ‘hole/wound’ on her head. We authorized her visit to a vet and, unfortunately, she passed away during surgery. Unfortunately, there continues to be an overwhelming number of cats on the streets getting sick and injured. Thank you to Shares and Prayers Animal Rescue for trying to save this beautiful creature. – diana
4paws1heart.org/donations/
Note: I originally thought Si passed away during surgery but she actually died before. The owner of the vet reported the following (and Si was a he”:
“this kitty was so sick he passed away under pre-anesthesia. It’s devastated the entire clinic. He was so sick, when they shaved his side, he had sores on top of soars and his mouth was filled with ulcers.”
This has been an absolutely horrendous year for cats abandoned or born on the streets. Please remember all animals in your prayers. 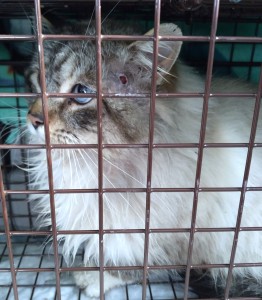 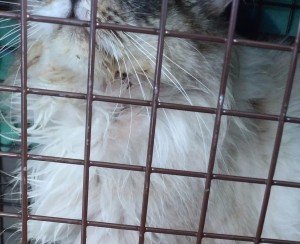 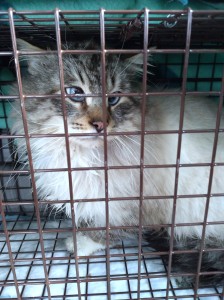